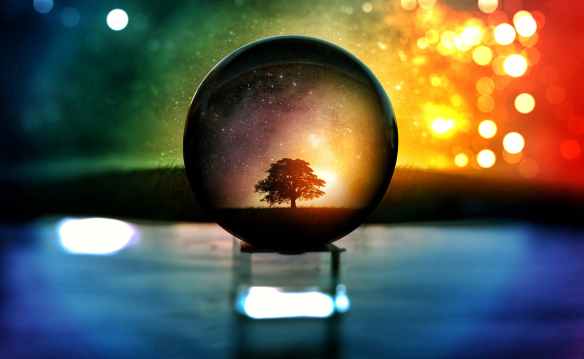 You may have heard the story of an apple falling on Sir Isaac Newton’s head that led him to discover the 3 famous laws of motion, inventing calculus along the way to describe them (and haunting high school students with two difficult subjects to this day):

The beauty of Newton’s Laws is that they can 100% predict the locations and velocities of all objects given their masses and interacting forces. In other words, using Newton’s Laws, we can definitively find out where an object comes from and where it will end up at any time.

In life, wouldn’t you want to know where you are going? Using the same concepts in Newton’s Laws, you can also predict quite accurately where your life will end up. Here are the 3 Newton’s Laws for Living:

Insanity is the act of doing the same thing again and again while expecting a different outcome.

Law 1 says that if you are in a rut and you do nothing, you will continue to be in a rut. If you are unhappy and depressed and do nothing about it, you will continue to be unhappy and depressed. Guaranteed. If you are in your current comfort zone and you do nothing to change, then you will remain in your comfort zone … but, and that’s a big BUT, even when you don’t change, your surroundings will change, and you will get passed over, soon. The environment that you are in is like the air resistance acting on a car, or the friction on the wheels, external forces that will slow you down.  They act as a ‘net force’ to hinder your forward motion, and the best you can do is to exert enough efforts just to overcome the ‘net force’ to remain in the same place. Also,

Law 2 says that if you want to go further, faster, or in a different direction, you’ll need to put in more efforts, a larger forward force than the resistance, so that your ‘net force’ is moving yourself forward in the direction that you want. The larger the directional change is, or the faster the change is that you want to accomplish, the larger the efforts required are. Are you willing to generate the amount of efforts required by law 2 to effect the change? Are you capable of generating the kind of actions required? If not, maybe you need to ramp up the efforts over a period of time so that you can develop the power and stamina to sustain the continued increase in output. It’s one thing to set a goal to change, it’s a different thing to actually exert the efforts to act on your goal, and Newton’s Laws say that you have to actually do the work. Nothing in Newton’s Laws considers simply “thinking about the change.”  Thinking creates motivation, but thoughts alone do not create the external force needed to bring about the change you want.

Law 3 probably presents the most difficulty for most people desiring a change. When you exert a force to change, to work on a new routine, to learn a new skill, or to develop a new habit, your force will create an equal but opposite force onto you by your old habits, your surroundings, and your friends and family pushing back on you. You will feel a resistance. The harder you try to change, the greater the feeling of resistance that you’ll need to overcome. This is normal but hard to overcome emotionally and physically. It’s like when you are in an elevator accelerating upwards from the ground floor you feel yourself heavier, because the upward force lifting you up coming from the elevator floor is creating an equal but opposite downward force that makes you feel heavier. You’ll feel uncomfortable. You’ll need to adjust. But soon, you’ll get used to the new feeling, and you’ll feel normal again–a new normal. So keep at it, do not stop, do not slow down, and soon everything will be alright, and you will find yourself well on your way to your new direction, faster and farther than before.